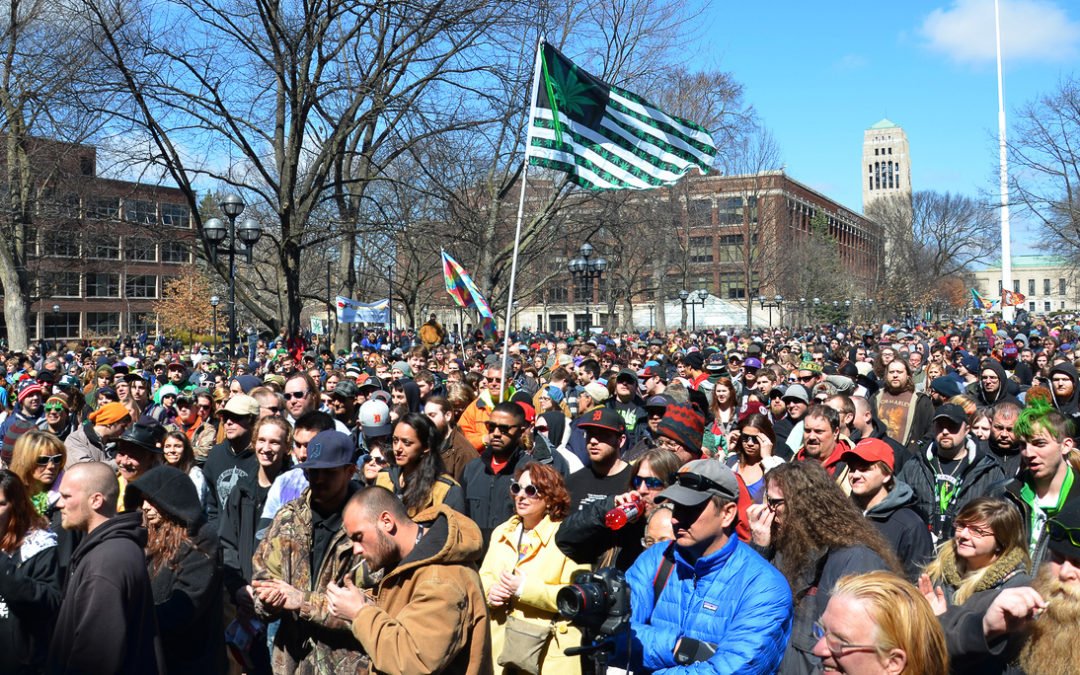 n Indiana legislative interim committee gathered to hear testimony regarding cannabis legalization on October 18, signaling the potential beginning of real change in the deep red state. The hearing lasted over four hours, but committee members left divided on how to proceed. This reflects the General Assembly’s stalwart conservatism more than it represents the will of Indiana constituents who, according to a local poll from 2016, are overwhelmingly supportive of medical marijuana.

The poll found that 73 percent of voters are in favor of legalizing weed for medicinal use. That majority transfers across party lines: 82 percent of Democrats, 77 percent of Independents, and 59 percent of Republicans support legalization. The poll also found that support for medicinal marijuana is high among all of the polled age groups, races, and genders.

The Indiana Republican on a Mission to Legalize Cannabis

Jim Lucas, assistant Majority Whip and Representative of District 69, is serious about bringing the wave of legalization to Indiana.  He shared his experience with cannabis during October’s testimony.

“The genie is out of the bottle,” Lucas said. “This conversation is going to continue moving forward. I’m going to make it my mission.”

For one, he told the committee that he tried as much cannabis as he could while visiting Colorado to test the risks of the plant. Instead of losing his mind to the devil’s lettuce, Lucas said that it was the “best night sleep I’ve ever had.”

In addition to testing cannabis out for himself, Lucas filed a medical marijuana bill last legislative session.  HB 1106 would have permitted the cultivation, dispensing, and use of medical cannabis by patients with serious medical conditions. The program would have been run by the state department of health and would have prohibited discrimination against medical cannabis users, harassment of medical users by law enforcement, and cooperation with the prohibition-enforcing feds. The bill was referred to the Committee on Public Health where it stalled out. Lucas has announced plans to file another bill this year.

“This is something Indiana needs to take up and I give you my word, I am committed to making this happen,” the representative said.

The next legislative session begins in early January, and Lucas has said he will have a new medical marijuana bill filed by December.

The Opposition: “All we’re doing is setting up so we can sell pot.”

Opponents to medical marijuana also shared testimony, most of which reflected the same shallow and fearful understanding of cannabis responsible for propping up prohibition in the first place. Some of those who offered opposing testimony did so in a way that clearly concedes cannabis is at least worthy of study, a conclusion the actual legislative committee holding the hearing could not come to a consensus on by its conclusion.

“On behalf of the Indiana State Medical Association, we stand opposed to this legislation, but we do advocate for rigorous study,” said. Dr. John McGoff.

“We also oppose the legalization of marijuana for medical or therapeutic use until a time when it’s efficacy and safety have been proven through clinical trials,” testified Mike Ripley, Indiana Chamber of Commerce Vice President of Health Care and Employment Law Policy.

Ripley specifically noted the concerns that employers have on the way cannabis may affect their employees’ performances.

“Extremely important to employers are the objective and measurable effects marijuana has on the system, which is decreased psychomotor performance, interference with the attention span, loss of efficiency and short-term memory and cognitive impairment,” he said.

Other speakers were even more ambivalent, giving statements that neither praised nor dismissed cannabis’ medical utility.

“I’m not going to say that cannabis is a panacea, but it does have a right to be heard,” said the city of Gary’s Health Commissioner and trauma physician Dr. Reuben Rutland.

Taking a firmer approach in her resistance was Republican Sen. Liz Brown.

“In my short tenure here, all we’re doing is setting up so we can sell pot,” the conservative senator said.

Indiana May Eventually Come Around. Emphasis on Eventually.

Like Rep. Lucas, Sen. Brown is more than talk, too. When a bill legalizing CBD oil was brought to the floor for a vote, Brown voted against it even though the legislation requires the oil to contain no more than 0.3 percent THC, an amount that will not produce a high.

Thankfully, the bill passed in spite of Brown’s no vote. Act 52 authorizes any person to buy, sell, and possess CBD oil as long as it contains no more than 0.3 percent THC and follows labeling guidelines. The strict bill was even something conservative Governor Holcomb could get behind.

“Indiana lawmakers delivered a bill that ensures Hoosiers who benefit from CBD oil can access it,” the governor said.  “The bill provides much needed clarity, with labeling requirements and a 0.3% THC limit on CBD products.”

But the law’s stringent regulations may make matters unnecessarily complicated for manufacturers. For example, the law requires the provision of a QR code on the label of any CBD product sold in Indiana that links to a document listing specific information about the batch. This measure would require manufacturers to create different labels for products they sell in Indiana.

“To have all these companies including mine have special labels for Indiana, and the rest of the country we have a different label, is pretty silly,” said Nathan Renschler, owner of a CBD oil manufacturing company. “They don’t have any state regulations on any other vitamin or supplement, but this one gets special regulations and it’s not for any good reason.”

31 states have already legalized medical cannabis. If Indiana constituents want their state to join those others, they’re going to have to make cannabis legalization a political pressure point legislators cannot afford to ignore.