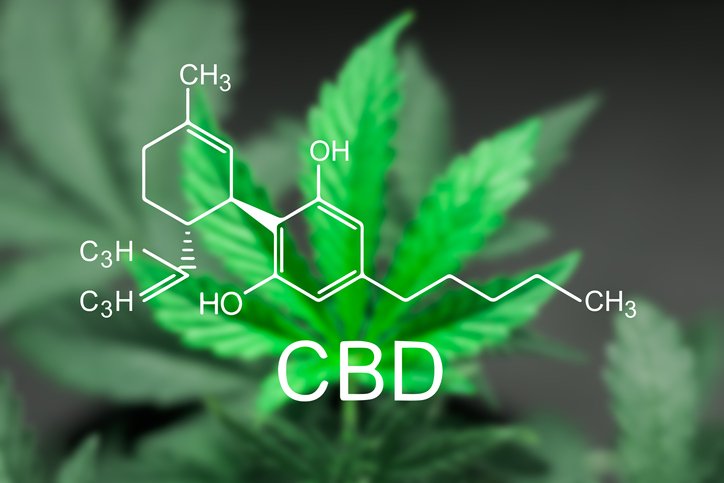 It’s possible that you’ve heard about the U.S. federal government holding a patent on the marijuana plant. While that’s not the complete truth, the United States federal government does hold a patent on non-psychoactive cannabinoids — the most popular one being CBD — as treatment for specific illnesses. Patent 6,630,507, titled “Cannabinoids as antioxidants and neuroprotectants,” was issued on Oct. 7, 2003 issued to the United States as represented by the Department of Health and Human Services.

The Feds Own a Miracle Drug?

The patent recognized the effectiveness of cannabinoids for treating oxidation-related diseases caused by free radicals, unstable molecules that cause damage to cellular organisms and lead to illness and aging in humans, and their ability to protect neurons and heal damage to the Central Nervous System (CSN).

“The cannabinoids are found to have particular application as neuroprotectants, for example in limiting neurological damage following ischemic insults, such as stroke and trauma, or in the treatment of neurodegenerative diseases, such as Alzheimer’s disease, Parkinson’s disease and HIV dementia,” claim the inventors of the patent.

The first inventor of the patent was former Research Fellow at National Institute for Mental Health Aidan Hampson who has spent his career researching cannabis for medical use. According to his LinkedIn, Hampson was mentored by Nobel Laureate Julius Axelrod. Another one of the inventors of the patent was Axelrod who received the Nobel Prize in 1973 for his work on neurotransmitters and pharmacology. Axelrod’s prize-winning research led to development of Prozac, which blocks the reuptake of neurotransmitter serotonin as treatment for mental illnesses such as depression and anxiety.

Side effects for Prozac can include nausea, headaches, anxiety, sleep problems (insomnia), decreased sex drive, impotence, and difficulty having an orgasm —  to name a few. On the other hand, the patent claimed that “no signs of toxicity or serious side effects have been observed following chronic administration of cannabidiol to healthy volunteers.”

The United States’ CBD Patent was licensed in 2012 to Kannalife Corporation, which a pharmaceutical company that holds an exclusive license for the commercialization of cannabinoids as antioxidants and neuroprotectants. Kannalife Corporation CEO Dean Petkanas once was an executive decision-maker at Stratton Oakmont, a fraudulent pump-and-dump investment firm made famous in the Martin Scorsese film “The Wolf of Wall Street.”

Renate Myles, an NIH spokeswoman, told the Cannabist that the patent does not prevent investigators from conducting research on the effects of cannabinoids as treatments for neurological diseases, but that Kannalife is the only entity licensed to develop cannabinoid-based drugs for those purposes.

“NIH allows investigators inside and outside NIH to conduct ongoing research with the patented technology, and other companies may also apply for licenses to use this patented technology to develop drugs to treat other neurological diseases where antioxidant properties of cannabinoid drugs may be beneficial. The patent expires on April 21, 2019, after which anyone would be free to develop drugs based on these cannabinoids that, like all drugs, would require FDA approval to demonstrate safety and effectiveness in humans,” said Myles.

How Can The Government’s Intellectual Property Be Illegal?

Over a decade after the patent was granted, the Drug Enforcement Agency (DEA) has continued to ignore petitions from activists to reschedule marijuana under the Controlled Substances Act (CSA). Under the CSA, cannabis is currently defined as a Schedule I drug, which means the authorities say it has a high risk of abuse and no accepted medical use. After the Food and Drug Administration (FDA) approved a CBD-based drug Epidiolex for epilepsy this year, the DEA has been under increasing pressure to reschedule non-psychoactive cannabinoids. So far the federal authorities have only rescheduled cannabinoids approved by the FDA, to Schedule V. Drugs that are under Schedule V regulations are deemed by the federal government to carry a low risk for abuse.

While the DEA has rescheduled CBD products approved by the FDA, all non-FDA-approved cannabinoid extracts (even if they’re non-psychoactive) are still considered Schedule I substances based on a 1961 international treaty called the Single Convention on Narcotic Drugs, which designated all cannabis, cannabis resins and extracts illegal.

“This patent shows that federal marijuana prohibition is a farce,” said Bacca. “[Prohibition] only exists to create profits for certain groups of people.”

The Current State of Cannabis Patents

The DEA’s view on cannabis has had no effect on the US Patent Office, which has been issuing cannabis-related patents since 1942.

While the NIH’s cannabinoid patent may expire in the first half of 2019, the intellectual property issues will be an increasingly important dilemma facing the legal marijuana industry. According to an interview on Forbes of patent agent David Cohen, PhD, there are dozens of small and mid-sized companies that are filing cannabis patents. Cohen told Julie Weed writing for Forbes that there are a number of worthwhile areas for cannabis entrepreneurs interested in filing patents to explore.

“There are three large and partially overlapping categories: (1) cannabis compositions, drug formulations, and methods of preparation, (2) characterization of cannabis compounds in terms of how they engage with human endocannabinoid receptors, and (3) methods of treating diseases with cannabinoids,” said Cohen.

According to Cohen, the wave of universities, researchers and pharmaceutical interest in cannabis patents has waned slightly since cresting over ten years ago. Today, the pharmaceutical industry holds a number of cannabis-related patents and could make acquisitions to garner new ones if they decide to.

There a handful of companies that are patenting specific marijuana plant strains — although, no, Monsanto is not one of them. According to journalist and Oregon NORML activist Angela Bacca, however, there is a new shadowy class of biotech companies who are rushing ahead to patent cannabis genetics now that federal legalization appears closer on the horizon.

In 2015, BioTech Institute LLC filed a far-reaching patent on any marijuana strain that produce both THC and CBD while myrcene is not the dominant terpene. Bacca argued that this broad patent would remove most landbased strains — the genetic forefathers of modern cannabis that first appeared in Central Asia as far back as 2900 B.C. — from the public domain if the patents were to be enforced by litigation. “With advancing legalization efforts, cannabis patents are going to be where the money is at,” said Bacca. “We’re seeing patent trolls who are looking at widely cultivated cannabis strains that have existed for years in the public domain and putting patents on them… With legalization on the horizon, we may see cannabis patents enforced at a federal level and operators would be forced to pay licensing fees to these patent trolls.”

Bacca explained a Massachusetts-based company Medicinal Genomics is working to sequence a popular landbased strain Jamaican Lion to invalidate the predatory patent filed by BioTech on the CBD/THC cannabis strains — a plant that evolved in natural conditions thousands of years ago, growing up alongside prehistoric nomadic communities and later spreading out via migrants and traders to nearly every corner of the globe.

The post What is Patent 6,630,507? Why The Feds Hold a Patent On CBD Treatments appeared first on Wikileaf.